Joanna was born in 1980 in Gubin, a Polish town on the borders of Germany.

She started painting and drawing since the age of five and became very popular in school helping other children create. She was then sent to Art College in 1995 in Zielona Gora and after five years she gained a Diploma from the faculty of Painting as the best student in the class. In 2003, she went to study Visual Arts where she gained her MA degree in Fine Arts (specializing in oil painting)in 2008.

Arriving 8 years ago in London from her native Poland, a country she describes as “grey and non multicultural”, Joanna fell in love with the city immediately. Amazed and entranced by many cultures and the vibrant life of the city, she took her sketchbook everywhere, indiscriminately and discreetly recording people on the streets, in parks and cafes. Fleeting moments, everyday lives were rapidly captured in her sketchbooks, as she made her first responses to “being hit by the exciting lifestyle and different, interesting people from all over the world.”

As she grew more settled, in her new environment, Joanna began to paint oil portraits of new acquaintances and friends within the artist community of North London. In these paintings, the person is set within their surroundings, in a pub, a garden or at their place of work, and always with a vibrant palette of colors. 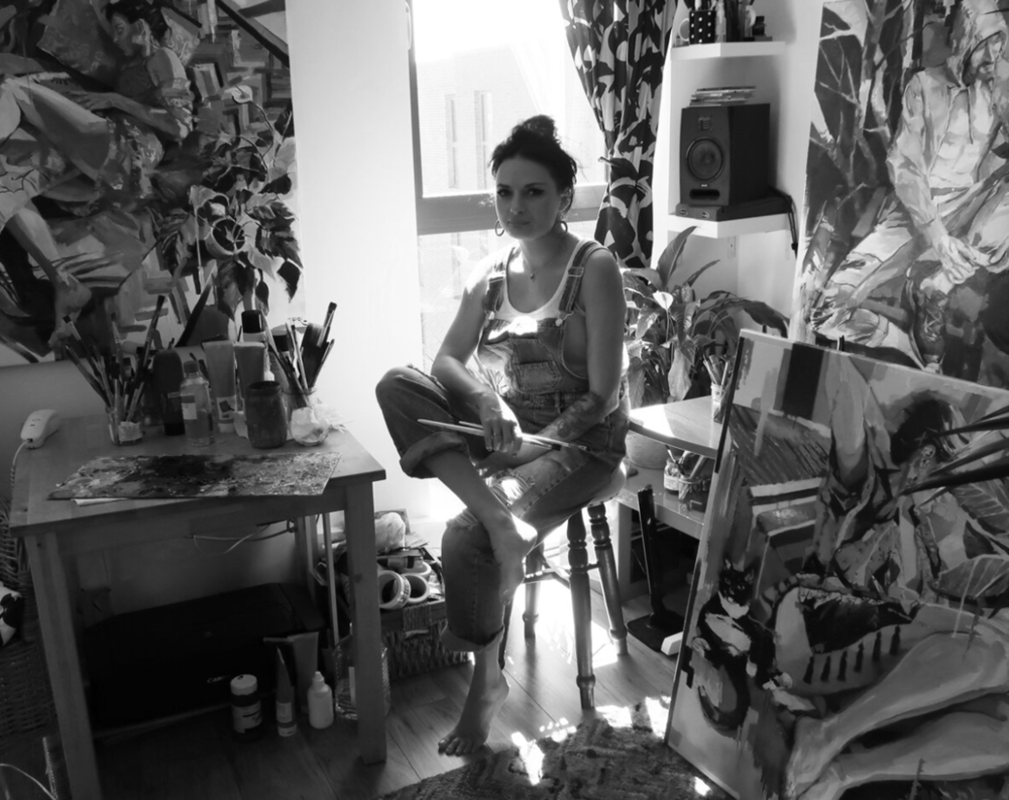