Robert Burch began working with glass in Atlanta, Georgia while still in high school. After graduating, he worked for the Japanese glassblower, Tadashi Torii for two years. Shortly after, he attended Pilchuck Glass School before deciding to make the jump to the mecca of glass working, Seattle, Washington. It was there that Burch had the honor of working with the renowned American glass artist, Martin Blank. In the span of five years, Burch learned many aspects of glass artistry as he worked for Blank. Subsequently, the team collaborated on color design teams for the glass empire company Chihuly Inc. During all these glass adventures, he never stopped shooting photos, drawing, and exploring different materials. 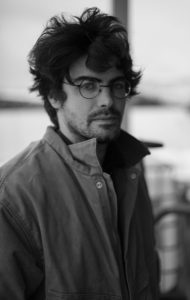